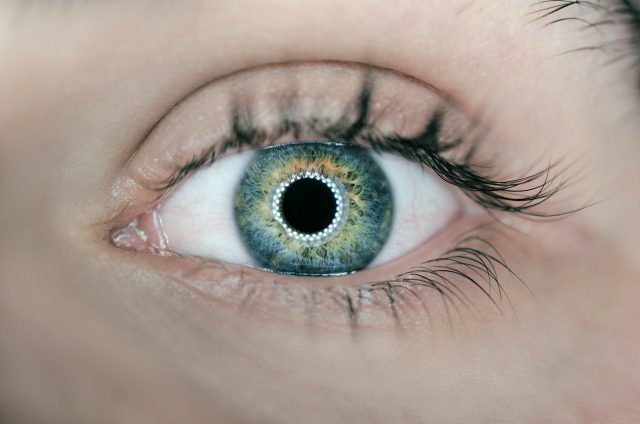 Eye Movement Desensitization and Reprocessing (EMDR) is a kind of psychotherapy that is designed to help people find healing from their memories of past trauma. An unconventional form of therapy, EMDR has the patient focus on traumatic memories while the therapist makes specialized hand movements across the patient’s field of vision. It is thought that these side-to-side eye movements can actually more or less “unlock” the feelings of horror and paralysis associated with past trauma so that patients can form new, empowering feelings around those memories.

The treatment has been met with some controversy, however, since it is not known how the eye movement mechanism works. One Harvard researcher believes it is connected to the same processes as REM (rapid eye movement), and that this physical movement can affect the way we process our memory store. Nevertheless, as many as thirty controlled studies have shown a positive link between EMDR and a reduction in negative feelings toward past trauma. The World Health Organization, the American Psychiatric Association, and even the Department of Defense have acknowledged the effectiveness of EMDR in helping to heal victims of trauma, so much so that it is even recommended for patients suffering from PTSD.

EMDR therapy uses bilateral stimulation to divert attention away from the negative feelings associated with a traumatic event in the past. Researcher Francine Shapiro first noticed this effect in 1987 while walking in the woods and tracking her eyes from side to side. She noticed this movement reduced the disturbing emotions tied to her negative memories. Bilateral stimulation was originally limited to hand movements from one side of the patient’s field of vision to the other, but researchers now understand that other kinds of bilateral stimuli—including tapping sounds, touching, and even vibration—can have the same effect. So in some respects, the “eye movement” part of EMDR therapy is not necessarily restricted to eye movements. It seems the sensory input does need to be bilateral, though, and occur in a rhythmic, side-to-side pattern.

During an EMDR therapy session, the therapist will ask the patient to recall a specific traumatic event from their past. Unlike other forms of talk therapy, however, EMDR differs at this point. Instead of focusing on the memory of the event itself, EMDR works by focusing on specific disturbing feelings or symptoms that are associated with that particular event. While the patient is focusing on those negative feelings and symptoms, the therapist makes a bilateral movement with their hands. It is thought that this eye movement breaks the link between past memory and present feeling of dread or discomfort. With the link broken, the therapist can ask the patient to focus on different aspects of the memory to try and build new associations that are more positive.

The net result at the end of a successful course is that a patient will no longer feel the need to hold on to disturbing emotions when recalling a past trauma, but will rather feel the new positive ones that were established during EMDR. The patient will have fully and appropriately processed through all the negative emotions and allowed for healthier emotions to take root in their place. In one example, a rape survivor may move from feeling self-hate and disgust about her attack to feeling strong and full of life.

One important thing to understand about EMDR is that it builds a new connection between thoughts about the past, reactions in the present, and plans for the future. Not only does EMDR help to break the burden of distress over past trauma, but in establishing new associations around current stressors, patients are equipped with the attitudes, behaviors, and skills necessary to confront and overcome future situations. This applies to stressful situations in general in addition to trauma, so patients will be prepared to handle these kinds of hurdles on their own. A completed course of EMDR will allow the patient to move beyond their established attitudes and beliefs, and this shift only strengthens their ability to default to healthier reactions in trying situations. The mindset encompasses the patient’s past, present, and future.

More research still needs to be done about exactly how EMDR accomplishes this reprocessing, but for now, there is overwhelming evidence that EMDR can help create healthier attitudes toward past traumatic memories.