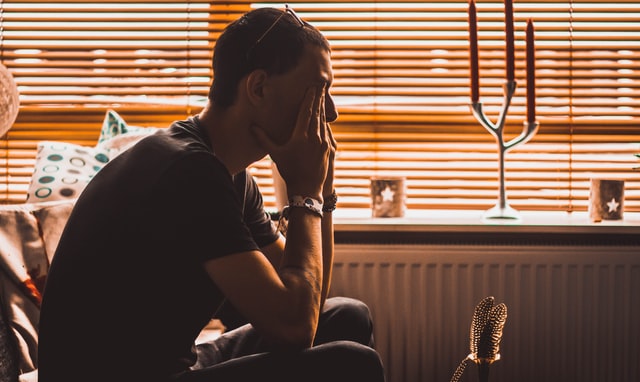 How EMDR Helps With Other Disorders

Patients with depression can benefit from EMDR treatment, too. Significant traumas from the past, when gone unresolved, often continue to intrude into people’s daily lives, causing depression and depressive episodes. EMDR treatment can help process those traumas, and as a result, slow or even completely eliminate instances of depression. The people who would most likely benefit from EMDR treatment for depression are victims of major traumas, like childhood sexual abuse or witnessing a death. In processing these major traumas, patients can expect to experience relief from depression and depressive episodes. Especially when coupled with other front-line forms of treatment, EMDR can improve the likelihood of sending bouts of Major Depressive Disorder into remission.

EMDR can help with breaking the connection between causes of anxiety and the resultant feelings of anxiety and panic. Treatment can allow patients to predict and even prepare for anxiety-inducing situations. In one example, a patient who struggles with feelings of anxiety around driving can undergo EMDR treatment to pinpoint a specific traumatic driving event from their past. Through processing this event, the patient can form a new, healthier perspective toward driving. This preparation can limit the onset of panic attacks.

Unfortunately, current research has struggled to show EMDR as being successful in treating other panic disorders, especially when compounded by agoraphobia. But there is one study that compared EMDR treatment against cognitive behavioral therapy (CBT) and found that both treatments were effective in reducing panic attacks in patients with panic disorders. When assessed in follow-up meetings, the EMDR-treated patients reported “significantly fewer” panic attacks than those treated with CBT.

The effectiveness of EMDR on treating phobias is still only anecdotal because of problems in the trials, but further research could establish better evidence. Many of the studies conducted on specific phobias have either lacked empirical support or were limited in their scope, but some have shown a positive link. Patients with trauma-specific phobias, such as a dog phobia following a dog bite, have had more success with EMDR than patients with phobias of unclear origin, like a phobia of heights or tight spaces. Spider phobia has received specific attention in a string of studies, but EMDR was shown to be less effective than typical exposure therapy. In case studies that dealt with medical phobias, however, full EMDR treatment yielded positive results. One EMDR study in particular saw 83% of the participants with dental phobias returning to regular dental treatment within one year. Therapists are expected to only utilize what they actually have access to, which may not always be the origin of a phobia, making EMDR only helpful to a point in some cases.

Other Clinical Disorders and Symptoms

Because EMDR is designed to process traumatic memories, it is thought to be most effective in treating disorders with traumatic origins. One study from 1997 showed that 5 out of 7 cases of Body Dysmorphic Disorder fell into remission after just three sessions of EMDR. Other preliminary studies have established EMDR to be successful in the treatment of other disorders, including: dissociative disorders, performance anxiety, pain disorder, and personality disorders. Another study from 2002 describes EMDR for the treatment of general depression, general anxiety, body image issues, and even angst resulting from existential crises. The EMDR Institute highlights that most of these findings require further research to be more conclusive.

EMDR has also been used to treat the trauma-associated symptoms in other kinds of disorders, to positive effect. In one review of studies from 2017, EMDR was found to be successful in treating the trauma symptoms of several disorders, including: bipolar disorder, psychosis, chronic back pain, and substance use disorders. Another review even found that non-traumatic symptoms in mood disorders and disorders that cause chronic pain can be improved through EMDR courses of treatment.